On Thursday, May 19th, Michele Scheidly took her daughter, Alison, her daughter’s fiancé, Andrew, and her friend, Patti, to watch the Phillies lose to the San Diego Padres by a score of 2-0. 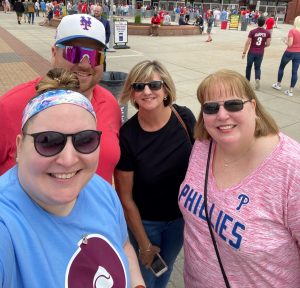 And on Monday, May 30th, Bob Elder took Matthew Degli Obizzi of Ralph Degli Obizzi & Sons, Steve Lex of Pettinaro Construction, and Jeromy Newton of Nickle Electrical Companies to watch the Phillies lose to the San Francisco Giants by a score of 5-4. 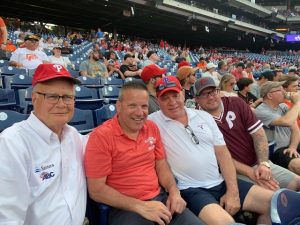