They were so lucky to participate in Dollar Dog Day at Citizen’s Bank Park! Over 41,000 hot dogs were sold that night…that was about 1.5 per person! 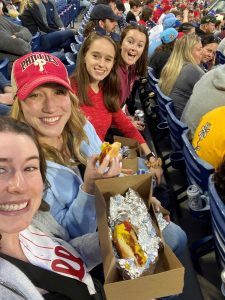 There were some amazing plays by both teams. As they were getting ready to leave at the bottom of the 8th since the Phillies were losing,  Realmuto hit a home run! That caught their attention, and they stayed until that inning was over.

Unfortunately, the Phillies lost 6-4 to the Texas Rangers, but it was a beautiful night at the ball park! 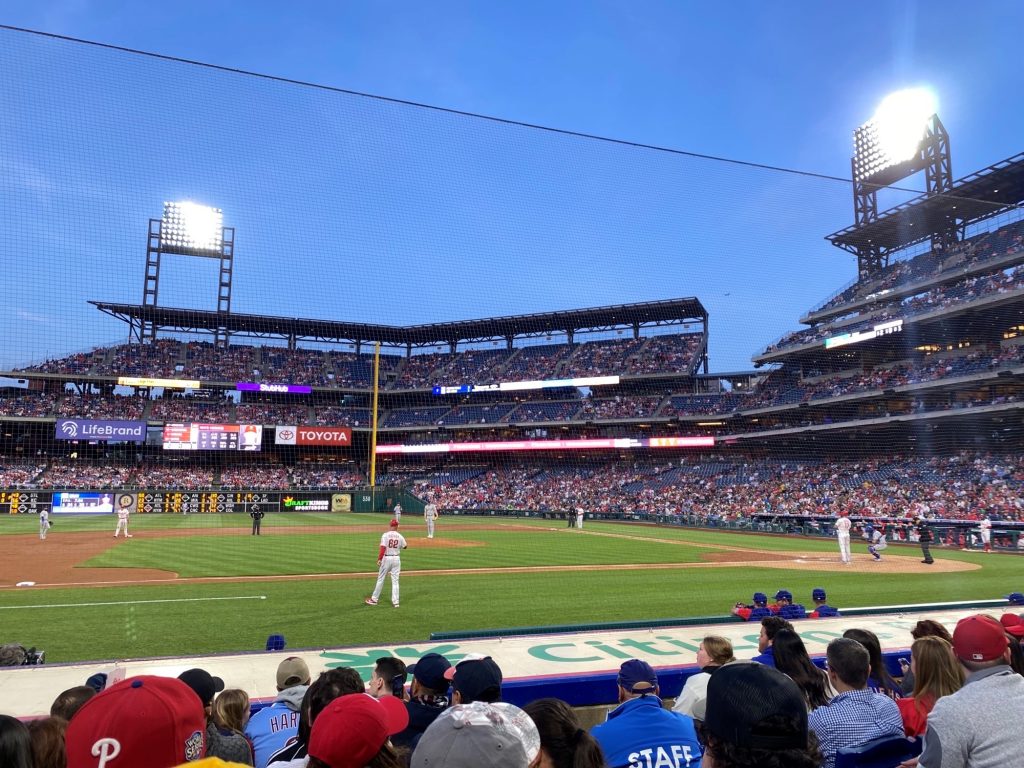