“We decided to use Santora’s Friday off and the Phillies tickets as a big day trip. For us, Philadelphia is two and a half to three hours away, so it’s a “real trip.” We took our two younger sons, and they each brought a friend. We purchased the two seats behind the ones provided by Santora. Due to the rain and storms earlier in the day, we nixed some of our plans and went to Dave & Buster’s first. After the rain stopped, we walked down to the waterfront area. Then, we went to the game. It was a great game with a tie score going into the 9th inning. Arizona then scored two runs off of a home run. However, the Phillies followed with the same! They went into the 10th inning still tied 6-6. At the bottom of the 10th, we decided to leave because of the time, knowing we still had three hours of driving. It was close to 11:00 pm when we left. We listened to the game on our ride home and heard the Phillies win at the bottom of the 11th. Thank you Santora for a fun Friday for our family!” 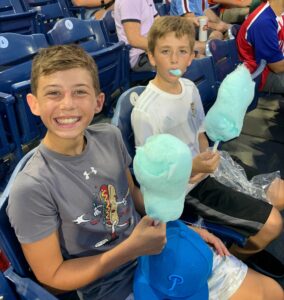 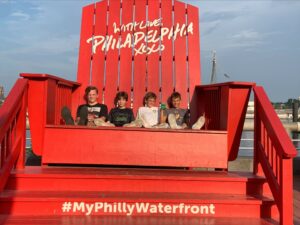